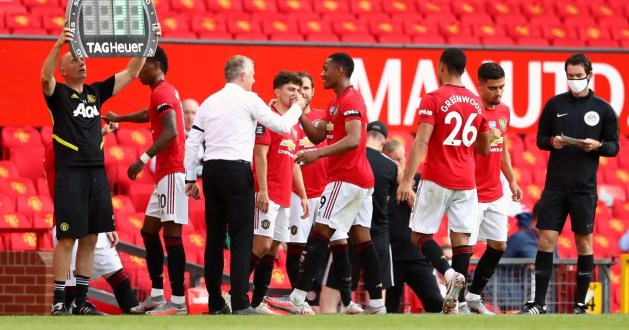 The toughest domestic league in Europe, the Premier League, has made five important changes to its mode of play. All these changes which have be in suggestions since last year were finally discussed and approved and will start being implemented as next season starts.

This season, Premier League clubs will be allowed to substitute a maximum of five players during games, up from the previous limit of three. Jurgen Klopp, who repeatedly campaigned for this modification to be made due to the demands being placed on his first-team players throughout the course of a season, would undoubtedly welcome this rule change.

During Project Restart in the 2019–20 season, when teams received increased assistance in response to the coronavirus outbreak, this rule was initially implemented. However, despite the fact that a number of the top European leagues used it before the 2017–18 season, Premier League clubs opted against keeping the arrangement in place.

“The issue is that this level of intensity is unquestionably on the brink for an elite football player in England. A top player will participate in about 38 Premier League contests. There are also two cup events; assume you miss the final and include an additional five games. In total, 43.

The team sheet now has a maximum capacity of nine players, up from the previous limit of seven.

To prevent pointless retakes of penalties, the position of the goalie before and during the taking of a penalty by an opponent has been updated.

Previously, when a penalty was called, the shot-stopper had to have at least a portion of one foot on the goal line or higher. Because of this, it was considered an offense when a goalkeeper had one foot in front of the goal line and the other behind it.

The defending goalkeeper must kick the ball with at least a portion of one foot touching, in line with, or behind the goalline, according to Law 14 of The IFAB (International Football Association Board) Laws of the Game, or “penalty kick.”

Several games had to be played at later times last season as teams proclaimed themselves unable to fulfill fixtures as Premier League players continued to fall ill with Covid-19. As a result, there was a sizable backlog of games, severely disrupting an already hectic schedule.

Now, approval will only be given in “really extraordinary” situations where the club in question has done everything within its power to prevent the need for a postponement request.

Ten Premier League match balls will be given during games in an effort to reduce time-wasting and guarantee that play can begin as quickly as possible.

There will be one ball in play, one with the fourth official, and eight balls will be placed on cones at various locations around the field. There will be two along each touchline and two behind each goal. Top-flight clubs have been told to have a minimum of eight ball aides, who must make eye contact with the player before delivering them the ball, according to the Daily Mail.

The team that gets the chance to start the game first and which end of the field to attack first are decided by the coin toss that occurs before to games. Although the IFAB has updated Law 8, “The Start and Restart of Play,” which mandates the referee must be the man to assume responsibility for this pre-match discussion, players may participate in it if they so choose.

The new language in Law 8 (1) makes it clear that the referee is in charge of choosing the “ends” and the time of kickoff, and that the terminology should be consistent with Law 10 (Determining the Outcome of a Match).

Which of these changes do you welcome and which one are you not comfortable with? comment your thoughts below.