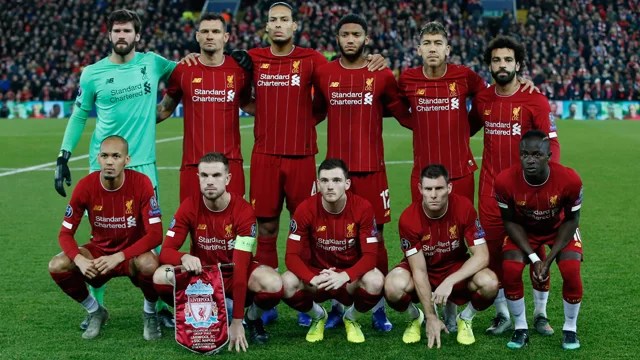 Here are some funny and real plots you should know about. These post is basically meant to be sarcastic and not taken seriously.

some of these lines aren’t true and based on “hasty generalizations”, but they are indeed related to the players or clubs they are tagged with.

As a real football fan, you should be able to figure out which lines are true as you read along.

If you need clarifications on any lines, feel free to drop your questions in the comment box below, I’ll be more than eager to clear your doubts.

Liverpool begins each season by taking on teams that have just been promoted.There is no left back in BelgiumEvery year, Barca creates a young superstar.Trent Alexander-Arnold appeared out of nowhere.KDB always wears the same hairstyleEvery year, Ajax, Benfica, and Monaco produce a new starting eleven; sell them, then do it again.Thomas Muller never had a young ageBuffon never changes 40Burnley’s home uniform is static.For the past 8 years, CR7 has performed the same celebration.Florian Thauvin disappeared after the 2018 world cupNeymar rarely scores a header

13. Zinchenko appeared out of nowhere and he was bought for 1m Euros

17. Lautaro Martinez has the same haircut since he was born

18. PSG only plays at night

20. Manchester city has been using the same shirt sponsor for the past 12 years

21. Villareal has only one jersey

22. Bayern loses to Gladbach every season

23. Toni Kroos has been wearing the same pair of boots since 2015

25. Chelsea is the only holder of the Europa League and the Champions League

26. Football is not a british game, it’s actually a Chinese

Which of this lines do you consider totally untrue and not to be considered sarcastic(funny) since it’s not close to being true? And which comes to your as a surprise? comment your thoughts below.

The post Football funniest facts you should know about appeared first on EmperorA..