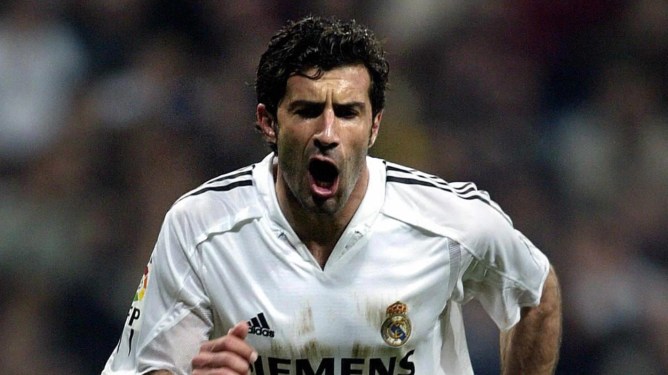 The FIFA world cup also known as the world cup has to be the biggest football tournament in the world.

The tournament is played at every 4 years interval since it’s inception In 1930, except in 1942 and 1946 and that was because of the world war II.

And if this is the case, it’s fair to say every European footballer gets to play an average of 3 world cup tournaments in their career. Some are lucky to play more, while others less.

Despite regarded as the most prestigious tournament in football, some legendary footballers don’t have a good record in it. This doesn’t diminish their worth in any way.

Here’s a list of 6 great footballers without a world cup goal:

Ibrahimovic is one of the decorated footballers. He’s very well known for his controversial replies and his claims to be a god.

At 40 years of age, he’s still running the game, with 31 trophies and over 570 goals to his name. He’s one of the four active players with over 500 goals for his club.

He appeared in the World Cup in 2002 and 2006. In 2010, he wasn’t named in the world cup squad for his country. He’s currently retired from international duties.

Luis Figo is a retired Portuguese player that played as a winger in sporting CP, FC Barcelona, Real Madrid and Inter Milan.

In the national team, he was awarded the player with the most appearances for Portugal national team, with 127 caps, later broken by Cristiano Ronaldo and Joao Moutinho.

He is also considered on of Portugal’s greatest players of all time. For the national team, Figo has played 127 games, and scored 32 goals with no world cup goal.

The England and former Chelsea player is regarded as one of Chelsea’s greatest. For the record, he won the premier league player of the decade (2000-2010).

He also holds the record for the goals scored by a midfielder in the Premier League and the highest number of goals from outside the box.

He’s currently a coach at Everton after a bad run with his former club Chelsea. He scored 29 goals in 126 appearances for his national team england and none of them in the world cup.

The England midfielder have featured in three different world cup tournaments, and has no goals in them.

You probably don’t know him, this might be the first time you’re hearing him name.

He is regarded as one of the greatest players of his time according to various sources.

Described as one of the most successful players to come out from Czech republic, he spent most of his senior career in Juventus, Lazio, Sparta Prague.

He’s only appeared in one world cup tournament, where Czech lost all Matches in the group stage with Nevded being the captain in one of the 3 matches.

Ramos is regarded is one of the greatest defenders of all time. As at the time of writing he, he plays for PSG.

He played as a center back for Real Madrid for 16 seasons, and was a captain for 6 of those seasons.

He’s known for his aggressiveness and doesn’t mind getting his name in the books or getting his hands dirty when the team needs it. As a result, Ramos would definitely go down as one of the most carded players in football history.

He’s showed the qualities of a leader during his time at Real Madrid scoring important goals, including penalties.

Sergio Ramos has featured in 541 senior career matches for club, scoring 77 goals in those and 195 appearances for country, scoring 23 goals.

Despite winning the FIFA world cup in 2010 with Spain National team, he has no world cup goal.

This has to be the most surprising. Robert Lewandowski is arguably the best No. 9 in the last decade.

A Bayern Munich striker as at the time of writing and also the captain of his national team, Poland.

He’s also one of the five active players with over 500 goals. In 133 appearances for his national team, Lewi has scored 75 goals, none of them in the World Cup.

This shouldn’t come as a surprise as he has qualified for the UEFA World Cup just once and that was in 2018 when he played just 3 matches and lost all 3 matches in the group stage.

He’d get another opportunity to try in 2022 as Poland had qualified for the World Cup.

Which one is most surprising to you? Comment your thoughts below.

The post Football legends without a world cup goal. appeared first on EmperorA..