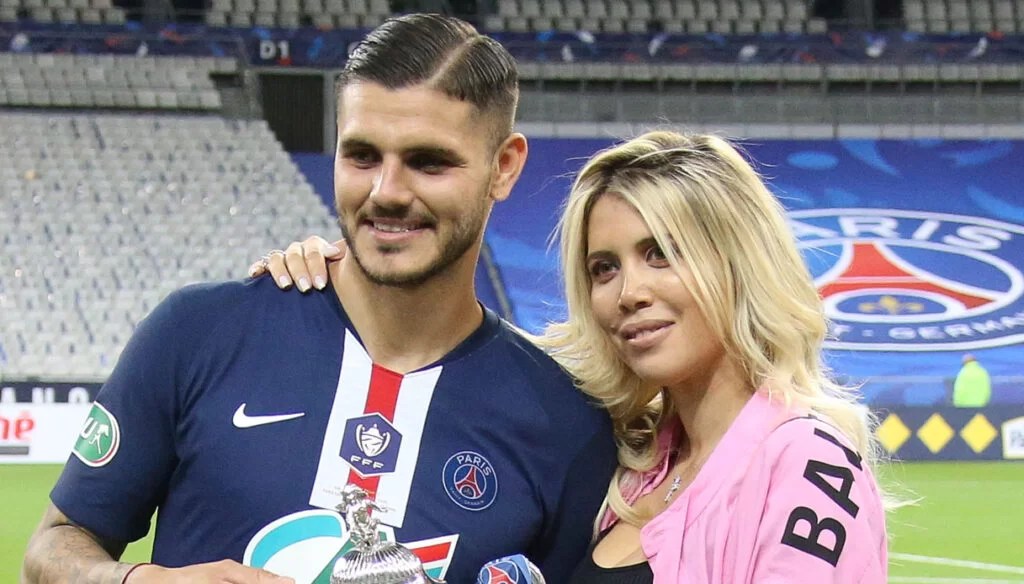 Our favorite footballers also have a life outside their careers, just like we all do.

In this post, we’ll be talking about some footballers’ past relationships and a drama they were involved in.

Although Caroline Lijnen gave her reason for engaging in such, when she stated in an interview that De Bruyne cheated on her with her best friend, and Thibaut Courtois treated her better than De Bruyne.

Well this goes against the usual ‘bro code’ that the guys follow.

Bro Code ***: Thou shalt not sleep with a bro’s ex, unless she’s supper hot or he’s out of town.

How Thibaut Courtois’s relationship went with Kelvin De Bruyne after the incident is still not clear to the public, but what many assumed to be De Bruyne’s revenge was his penalty goal against Real Madrid in the first leg of a Champions League draw in 2020. Where Thibaut Courtois was the goal keeper. You definitely don’t want to miss that! (laughs).

Mario Icardi as at the time of writing, is a PSG forward.

Mario Icardi is indeed a striker (laughs), and I’ll prove it to you.

Maria Icardi and Lopez (Wanda Nara’s ex-husband) used to be teammates at FC Barcelona before moving to Sampdoria.

They played alongside each other and went on vacations together. Things took a different turn when Icardi was caught having an affair with Lopez’s wife.

Icardi would go on to marry Wanda Nara and even appoint her as his agent.

As if that was not enough, Icardi was reportedly caught on three different occasions cheating on his wife, where he begged and made up with her.

-Became teammates and close friends with him and his family.

– had an affair with Lopez’s wife and even went as far as having Lopez’s kids tattooed on his arm!

-marries his wife and assigns her the agent role.

Indeed, a “finisher and more” (laughs).

Cristiano Ronaldo and Irina dated for five years (2010–2015) before breaking up.

Rumours had it that they broke up due to the fact that Irina didn’t get along well with Cristiano’s mother.

After the break up, Irina did something I will consider childish by asking anyone who only saw her as Cristiano’s Ronaldo ex girlfriend to unfollow her.

She lost 11 million followers in 24 hours!

There’s a video making waves on the internet showing Neymar standing alone while his ex girlfriend was holding another man in a wedding ceremony.

In the video, Ney was standing alone, all suited up, watching them both with his hands in his pocket.

The TikTok videos says Neymar promised her to be there on the happiest day of her life.

But further research shows it was a wedding of a friend while they were still in a relationship, and Bruna Marquezine was one of the bridesmaids.

Looking at the videos, you’ll see that she was all dressed in blue, like every other woman in the video.

The post Footballers and their ex girlfriends saga appeared first on EmperorA..