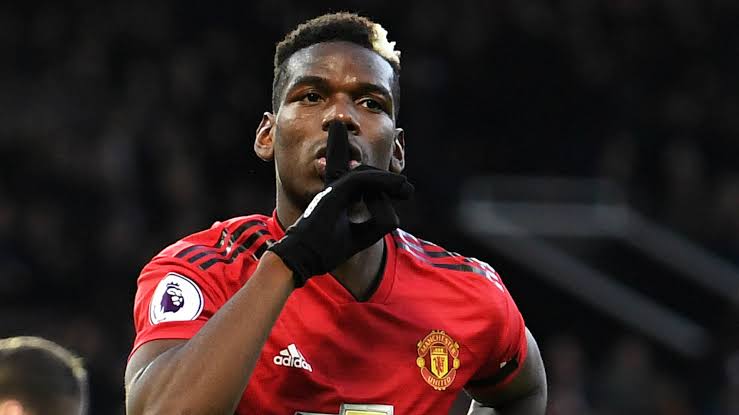 We all brighten up our faces whenever a big name is rumored to be joining our favorite clubs.

But it doesn’t always happen as planned. in some cases. most especially with the expensive transfers.

Sometimes our clubs might have just been robbed, or maybe they have done a great job.

This write up lists some funny football transfers between clubs. I hope you enjoy it.

Pogba joined Manchester United in 2009 for the first time, but he wasn’t getting enough playing time, so he was transferred to Juventus on a free transfer. The move will be one of the best choices of his career, as he had a great time with the Italian side.

Fast forward to 2016, when his good performances led to a return to Manchester United for a record breaking fee of 89.3 million euros.

After spending six years at Manchester United, he returned to Juventus for the second time on free transfer.

Did Juventus pull one on Manchester United?

Another funny football transfer has to be the love story of Nemanja Matic and Jose Mourinho.

We’ve seen loved up stories of footballers and their coaches, the likes of Alex Ferguson and Cristiano Ronaldo, Pep Guardiola and Lionel Messi etc. But Nemanja Matic and Jose Mourinho tend to take thiers far (laughs).

2014: Jose Mourinho bought Nemanja Matic to Chelsea while he was the coach.

Show me a better love story.

Antonio Greizman became the 5th most expensive transfer of all time when he signed for FC Barcelona from Atletico Madrid in 2019. The deal was worth about 120 million euros.

In summary: Atletico Madrid sold Greizman for 120m Euros, used the money to buy Suarez for 8m Euros, and got Greizman back on loan with an option to buy for 40 million Euros.

Great business from Atletico there!

Coutinho, well known for his phenomenal curly long-shot abilities, was one of the players bought to replace Neymar/Iniesta. His first few games in his debut season supported his premise that he’d replace the departing Andres Iniesta until he began to see his sudden decline.

Coutinho was loaned to Bayern Munich, where he would flourish, but Bayern wouldn’t take him on a permanent transfer. During his stay with the German side, he came in as a substitute and helped salt FC Barcelona’s wound by assisting the 6th goal and scoring the last two in Barca’s 8-2 loss.

His return to Barcelona was not a happy one, as he went on to join Aston Villa for an undisclosed fee rumored to be around 34 million.

But this is somewhat common among big clubs.

The Belgian returned from Inter Milan to Chelsea after a decade away. His return cost around 100 million euros. He would go on to score just 15 goals in 44 matches and also blame the coach for his tactics, which will end up getting him punished.

He was later considered the worst signing of the season by ESPN. Chelsea announced on June 29, 2022, that they had loaned the Belgian striker back to Inter Milan for a fee of approximately 10 million euros.

In summary, Inter sold Lukaku to Chelsea for £100 million last season, loaned him back for £10 million, and gave him the millions they stole from Chelsea (his shirt number is 99).

According to various reports, he could stay until 2024. Inter with a great business deal there!

Cristiano Ronaldo is regarded as one of the greatest footballers of all time. He’s won the Ballon d’Or five times, 4 golden boots, and 5 UCL trophies, spearheading the Real Madrid three-peat UCL win. He had the best part of his career at Real Madrid!

He joined Real Madrid in 2009 as the most expensive transfer at the time. It would go on to be a great investment on the club’s side.

Real Madrid will later sell the Portuguese forward to Italian giants Juventus, for a whooping fee of 117m euros. Cristiano was 32 at the time.

Which of these football transfers do you consider the funniest? Comment your thoughts below.