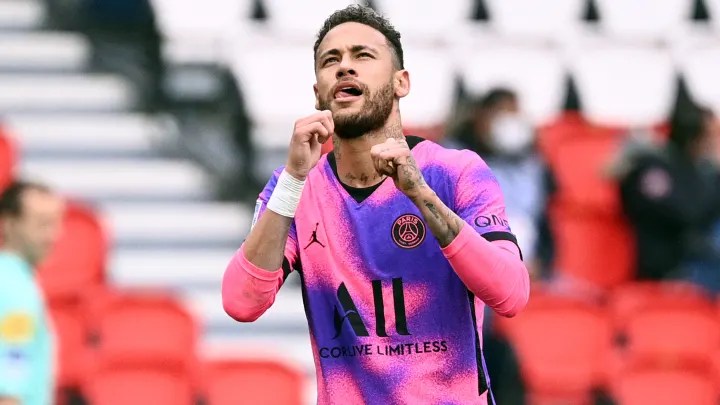 One of the characteristics of big clubs is that they are big spenders.

We took a look at the most expensive football transfers, and from the list, it is safe to say most of them are not worth the price or even close.

Players are being purchased for their capabilities and perceived worth. But super expensive transfers in most cases aren’t worth it.

Interest from big clubs is another basic reason why player prices are being raised unrealistically.

In this write-up, we’ll be naming the 6 most expensive football transfers and their performances in their respective clubs, compared to the price paid for them.

It is as if PSG are just beginning to realize their mistake. PSG spent a mouth-watering 222m on Neymar Jr. in August 2017. The owners are obviously rich, and they made Ney the highest earner in the club then.

Their biggest reason for buying Neymar then was to win the club’s first ever Champions League.

Rumor also has it that Neymar was also desperate to leave FC Barcelona because he felt like he was playing in Messi’s shadow. A move to PSG will see him lead a team. Since Neymar’s arrival at PSG, he has never really delivered any outstanding results for the club.

His Ballon d’or ranking keeps dropping with each passing season, he’s now known for constant injuries, and has failed to win then the Champions League of which was the sole reason for his buying.

There are now several reports of PSG offering the player to FC Barcelona for just 50 million euros!

The second on the list, Kylian Mbappe, was also bought by PSG. Well, this one is really worth the price tag of 180 million euros. His recently renewed contract will see him become the highest paid footballer at the moment.

Mbappe is known for his speed and finishing abilities. If he’s placed on the market for 200 million, some clubs will be willing to pay the amount. On the other hand, he’s not an injury-prone player as compared to Neymar, making him a good asset for the club.

Some clubs are still betting on his future. Real Madrid are ready to accept him when he runs out of contract with PSG. He’d be the only on this list to defy this law!

After his first match, where he gave an assist, he was reported to have suffered a hamstring injury and was ruled out for four months. He was given the medical greenlight on January 2, 2018. A couple of weeks later, he was injured again and was ruled out for another 4 weeks. His injury record has almost tarnished his image at the Spanish club.

As at the time of writing, Dembouz has missed 102 matches for FC Barcelona due to injuries.

Since the arrival of the new coach, Xavi, he’s yet to report any cases of injury. He seems to have a great future ahead of him.

The fourth most expensive transfer of all time is the little Brazilian magician, Coutinho. If you don’t know him, at least you should know “the guy who never misses his curly shots from outside the box.”

Since Ousmane Dembele’s arrival at FC Barcelona never seemed to be yielding any good fruit any time soon, the club decided to go for some other big name. And this time they went hunting for Philippe Coutinho. Although he was never really riddled with injuries like Dembele, he saw a massive drop from his top-notch levels.

Considering the price paid for him, fans’ patience began to wear thin, and they soon started losing love for him. He was loaned to Bayern Munich a year later, where he seriously flourished. On returning to FC Barcelona, he became a flop again, and Barcelona was beginning to be a new curse for him.

He was loaned to Aston Villa on January 1, 2022. He’s been having a beautiful run since his arrival at the new club. Barcelona and Phillipe Coutinho was never a good deal!

A club like Atletico Madrid signing a player over 100m for the first time says a lot. Although Joao Felix is highly regarded for his skills and his versatility in offensive positions, he has never really lived up to his price tag. Some claim it’s due to the style of play at Atletico Madrid, but how can someone who has played with the likes of Deigo Costa, Suarez, and Cristiano Ronaldo in the national team still have problems adapting to a club style of play?

He played a total of just one season at Benefica and was sold for 127 million to a club like Atleti. He’s not even a regular starter on the national team.

Joao Felix has to be a really bad deal for Atletico. Despite being a gifted player, he still hasn’t been crucial and can be easily replaced without any hurt being felt by the team. Probably Atleti’s worst signing.

His story at FC Barcelona is very similar to that of Philippe Coutinho. He was also bought as a replacement for Neymar, after the signings of Dembele and Coutinho didn’t to go according to plan.

He was doing really well at Atletico Madrid as he was their key player at a point. He won the Europa league, super cup, supercopa and was also nominated for the Ballon d’or. His arrival at Barcelona was expected to be a good deal, considering the caliber of player he is and the amount paid.

He also didn’t live up to the expectations set by the club, although his work rate is outstanding, he is expected to score more goal and provide more assists as a forward that he is. He played 101 matches for FC Barcelona, scoring just 33 goals and assisting 14 others. He was later sent back to Atletico Madrid on loan.

Conclusion: As the saying goes, “to whom much is given, much is expected.” Some of the above listed players had average performances, but regardless of their performances, the club and football fans will always demand more considering the price paid. Spending big on players isn’t evil, but as seen above, it’s not ideal in most cases.

The post The most expensive football transfers are not worth it. appeared first on EmperorA..